Soaked in Tradition Whilst Drenched in Colour 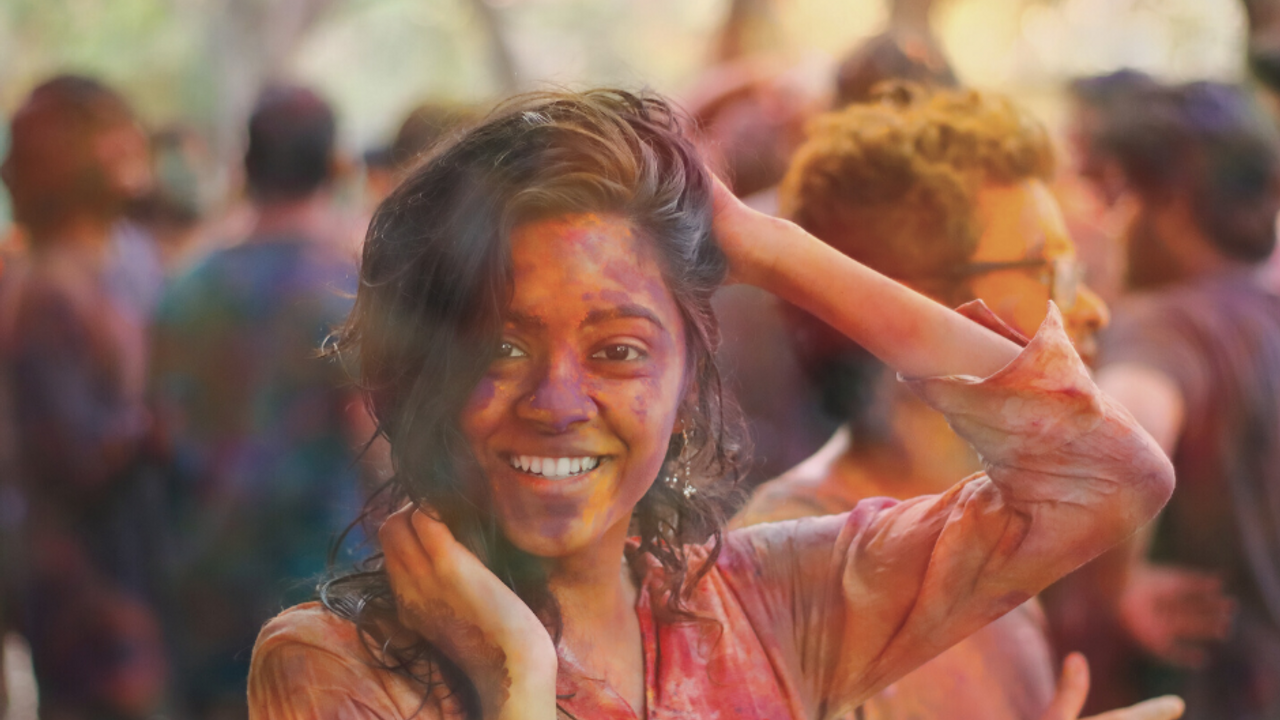 The older I get the more I look back over my life and find earlier points of reference. This layering of experience and information adds more depth and understanding to both where I am now and where I was. The reference this time I am referring to is the religion or way of life, Hinduism. I studied Hinduism as part of my undergraduate studies and, of course, loved it - more on why later. I did not return to its virtues until about 7 years later and have remained fascinated and passionate about it since then. This way of life often referred to as ‘Sanatana Dharma’ by adherents, is not practiced on a Sunday morning or Friday afternoon, or any other day of the week - this really is a way of life. The Western term ‘religion’ is used by those of Western cultures to give it some identity or, at least, a point of reference. My understanding is that you can be following these Hindu traditions, values and cultures almost innately and more so when you are sharing your physical space with others who share the same ‘Sanatana Dharma’ as you. No one asks, ‘Are you a Hindu?’ as it would be as pointless as asking someone if they are human.

One such sharing of traditions, values and cultures is found with festivals. There is a prolific number of Hindu festivals which extol music, food, dancing, costume, colour and community. For the month of March, the festival of Holi is on everyone’s mind where all of the above are evident. The festival itself takes place annually in February and March in the month known as Phalguna, and there will be a full moon present. It is a riotous and notorious festival celebrated anywhere where there are Hindus. It’s an outdoor celebration welcoming the coming of spring; ideally the weather will be pleasant. In Great Britain the temperature in February and March is perhaps not ideal but this does not dissuade from the practice. In India, where the majority of Hindu followers are, a bonfire may be lit around which babies are carried in a clockwise direction to placate the Hindu god of fire, Agni, who will bless the children with a successful life. Bonfires are not commonplace in streets and villages in other parts of the world, though it does happen if there is planning and permission gained.  The most exciting and exhilarating part of the day is the throwing of coloured gulal powder in the attempt to be absolutely covered. On this day, all thoughts of caste, social status and profession are pushed aside as anyone who is in the vicinity is classed as fair game or a willing volunteer, with everyone looking forward to spring harvests.

Hinduism is steeped in tradition and mythology, and Holi is no exception. The ideas alone hint to a culture rich with tradition, stories, and cultural diversity. The story of Holi on which these customs are based, follows the story of Hiranyakashipu, the King. He considered himself worthy of the status of God and wanted to be worshipped as such. His son, Prahlada was devoted to Lord Vishnu (an avatar of the supreme reality/God) and refused to worship his father in the same way. Clearly the King was enraged and vowed to have him killed but needed the help of his evil sister Holika. Holika had a special power of being immune to fire and she tried to kill Prahlada by tricking him to accompany her into a burning fire. However, her intentions were evil which rendered her special powers useless and she was the one who died whilst Prahlada was saved. This is remembered today as ‘good always triumphing over evil’ and this is celebrated with the utmost joy and frivolity.

During a conversation with an academic expert in the Eastern traditions of Hinduism and Buddhism,  he revealed that if he spoke to any member of the Hindu community, specifically in India, about all the books that were read, their thoughts on believing in God, or matters of life and death, what their beliefs are on marriage and family, what they have felt about ethics or community cohesion within their ‘Sanatana Dharma’, he surmised that for many they wouldn’t have much to say or, at least, not as much as we would hope. Speculative reasons for this could be because their way of life is simply that - a way of life. It’s something that has always been done and with no perceived reason to change it, then it is likely to always remain. The same applies to many of the cultures and traditions that are experienced throughout the world and calendar year. If you cannot remember all the details of the Holi story, you can still take part in your own way to bring love, joy and happiness into the lives of all the people you are close to. Here are some suggestions:

Decorate your home, workplace or staff room with colour. If you are working from home and have online meetings, your backdrop can reveal to others the feelings of love, joy and happiness you are trying to convey. You don’t need to redecorate to make an impact; simply hang pretty and colourful curtains, drape coloured cushions and throws over the furniture, bring colourful flowers in vases into the living space, place bright rugs on the floor and make paper chain buntings using different coloured paper to hang. Collate different coloured candle holders and painted pots on a dining table with coloured plates and table coverings. There is no need for coloured water or thrown powder paint in order to be drenched in colour where you are.

Food, as part of the celebration, plays a huge part and there is almost nothing off limits to make and enjoy. The focus will be on sharing foods, community gatherings and convivial conversations, so all food will be pre-prepared ready to enjoy on the day. Some examples among many are:

Gujiya - These little dumplings look like mini-Cornish pasties. However, they are sweet and made with maida flour, which is stuffed with the sweet dairy product khoa, dried fruits or coconut.

Dahi Vada - The vada in this snack is a flour ball that has been deep-fried. This Holi food is served in a thick yogurt and topped with savoury herbs and flavourings such as chilli powder, black pepper or mint.

Pakora - These fried fritters originated in India, but they are now common across the region. They are made with a light batter similar to that on onion bhajis. Along with onion they may be combined with meat, spinach, potato, cheese or other vegetables.

Cultures, traditions and occasions come into our life and are recognised and celebrated without overt knowledge of the why, the who, when and the what. This fact motivates me to enliven and enlighten our knowledge, to bridge the gap of cultural know-how or not know-how. Secondly, I aim to reveal to us all that a religious tradition, culture or occasion that is seemingly different to any personally known, can have at its roots, similarities between traditions and cultures that we feel, at least, assured of and, at best, some knowledge of. In doing so, I believe that the mantra of ‘Community ~ Love ~ Collaboration’ will come to fruition. At its core this means that if we work together, we will develop greater harmony between people and build stronger communities. It doesn’t matter if you cannot remember the details of this story, the names of the gods involved or why they did what they did; you can use the festival of Holi as an opportunity to engage with the SMSC themes by using the suggestions here and the motivation of Holi adherents themselves of love, joy, happiness, celebration, equality, freedom and a shared sense of community.

Spiritual - Do you really think good can overcome bad? The global pandemic has given the world an opportunity to support, care for and look after each other. Do you believe that helping each other is a core feature of your life?

Moral - Who do you help? Who helps you? Should we only help those who help us?

Social - Decorate your window, your garden or even yourself in bright and joyous colours. If someone asks, ‘Why?’ simply tell them you are celebrating joy, happiness, love and positivity in the world and encourage them to do the same.

Cultural - Think about the culture you are part of and find examples where goodness has prevailed which acknowledge the essence of this Hindu festival.