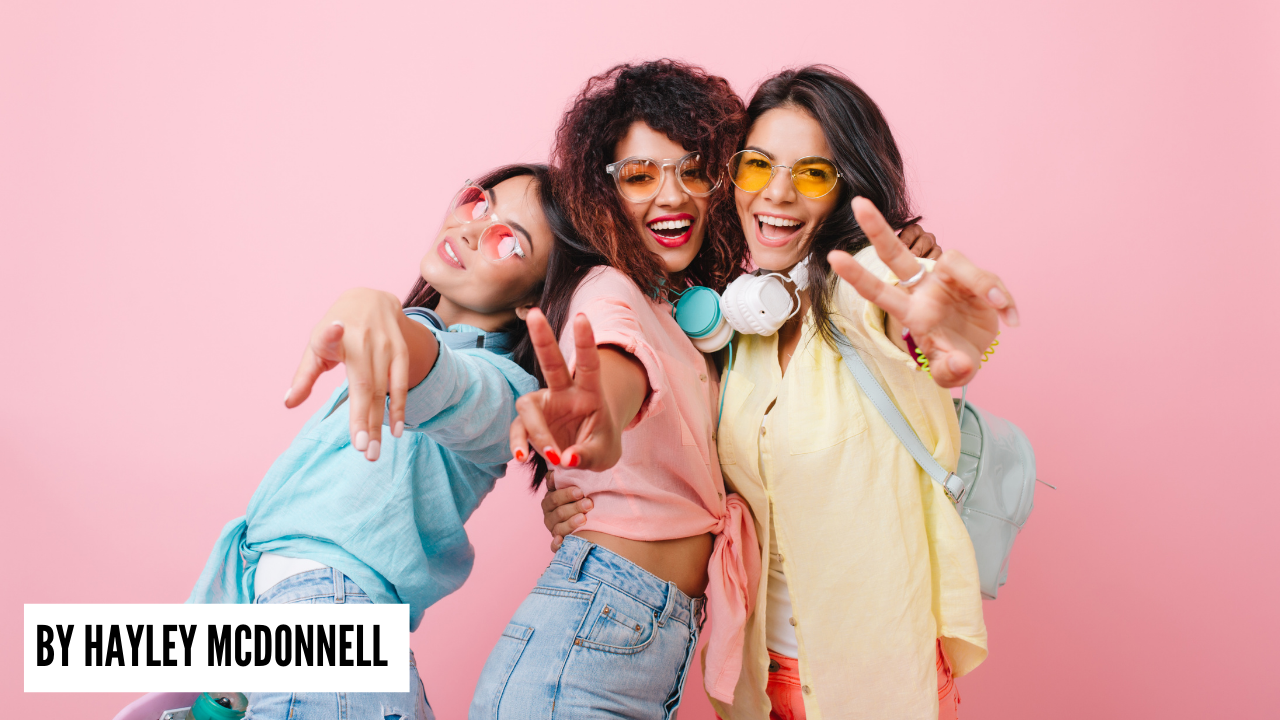 The International Day of Friendship was proclaimed in 2011 by the UN General Assembly with the idea that friendship between peoples, countries, cultures and individuals can inspire peace efforts and build bridges between communities. I feel sure that we are all an advocate of these efforts and support the aims. The structure and reality of friendships do start a little closer to home.

If we subscribe to the Ontological argument that the word best means there can be no other besides, then I must conclude that I have only had one best friend. Let's call her Alison because that's her name. Our BFF relationship spanned over 14 years. We lived about 30 seconds' walk away and went to the same nursery group, primary school, and then secondary school, and by luck, we ended up in the same form. We travelled home together every day and decided on many of the same GCSE options for the same obvious reasons. I worked hard in Maths so I could be moved up into the same set as Alison too. Our group of friends expanded, and we were a tight-knit group of three for a while, but Alison and I were always together. We spent hours chatting in her bedroom (she never came to my house), and we talked about boys! Yes, you have guessed it; this is where things start to go wrong.

My first boyfriend, a sixth-former called Roger, was to become our Moses as a great divider of our relationship. One time, Roger and I were "on a break" looking back, there had been a lot of breaks during the 18 months previously, but this one seemed to be going on a long time. I talked about "Roger" at length to Alison, and she became the relationship go-between. Until one weekend when I walked to her house, his bike was there. Then the phone calls began from friends. Clutching the receiver of the hall phone in my hand, I received call after call from other girls telling me that Alison and Roger were a couple. I had the recurring thought going around in my mind, who can I call? It certainly was not Ghostbusters, and it would not be Alison! Suffice to say, we never spoke again.

This was my first insight into betrayal, hurt and emotional confusion. I saw Alison & Roger at an after-exam party where Roger spoke to me (another story), but she did not, and I have no idea what she did afterwards. So that friendship was over and has remained dead and buried ever since.

My next "best friend" I met at sixth form is Jo. She decided not to go to University, and I deferred a year, so we had another year of late-teen fun to enjoy. Looking back, it was tame in places and included lots of reading, river walks and chats. I did have another group of slightly wilder friends, so I lived the best of both. Jo was excited about me leaving, and we promised to write and stay in touch, which we did. After about six weeks or so, I came home for a visit and arranged to meet Jo in our local town centre. On my way, she deliberately walked past me. She was with someone I knew and tried to ignore me when I called her name. At lunch, she made several comments about me affording the lunch now I was a student and asked whether I needed to rush off to do my homework. I left at the end of lunch and came home, my plans for the weekend with Jo ruined and a feeling of shock and upset. She called round in the morning to apologise for her behaviour, and if I recall correctly, she bought me a book. I did not stay in touch.

Both of these stories could be used to support the claim that I am not good at forgiving people or, as I choose to believe, life is short. Life is for spending it with people who overtly care about you and make it evident that the relationship is reciprocal. Removing these friends who have not fulfilled their role leaves you open to starting new relationships.

When my two daughters come home from school and tell me what other girls have said to them, I always ask, "if they were a friend would they leave you out? Would they talk about you to someone else? Would they laugh at you in front of others"? I try to compare their stories to another school Mum they know and can relate to help provide context and ask, "Is R's Mummy my friend? Would she say those things to me? What would you think if I said it to her"? I am not so naïve to expect my daughters to live their school life like Mary-Lou from Enid Blyton's Malory Towers series, nor would I want them to. Still, by reminding them of others' behaviour, I hope to instil a value that is important to live by and stick up for.

International Best Friends Day encourages us to think about the relationships we already have, curating others and perhaps most importantly, letting go of those 'friendships' that no longer serve us. Social Media is still prevalent in our lives, and the legacy of numbers of friends, likes, views, shares etc., depending on the platform, still presides.

In the spirit of de-cluttering, focus this month on a technological tidy-up and remove those from your social media accounts who no longer serve you, make you feel happy, joy and all that in abundance. Take this first step to invest time in physical/genuine relationships and the longevity of real-life likes, sharing time with others and spending time with those who matter in every sense.

If I was going to court, a best friend in the true sense of dictionary definition as one of the most excellent or desirable types or quality, I could say that I now have that person in my life. Someone who I am 100% myself with, and I know she accepts me 100% myself, I am reminded of constant laughter and a soulful connection too. This is the standard I now have set, and to be honest, I don't even want to challenge it. If you are reading this, you know who you are.

Was Alison my best friend? I'll leave you to decide.

Social - use various social skills in different contexts, for example, working and socialising with others. How limited were my social skills in dealing with the Alison and Jo situations? What else could I have done?

Moral – understanding the consequences of their behaviour and actions.
The implications of the behaviour of Alison and Jo affected them as well as me? Should I care?

Spiritual – ability to be reflective about their perspective on life.
Can you identify your perspective on life? There are lots to consider, so I suggest starting with one? What is your relationship with friends like? What do you value in a friendship? Are you a good friend, how do you know?

Cultural – ability to recognise, and value, the things we share.
Are your friends from a diverse range of backgrounds? Different cultures, religious beliefs, ethnic and socio-economic communities? Why should we have friends from different backgrounds?