interviews natasha lee that girl the workroom May 24, 2022 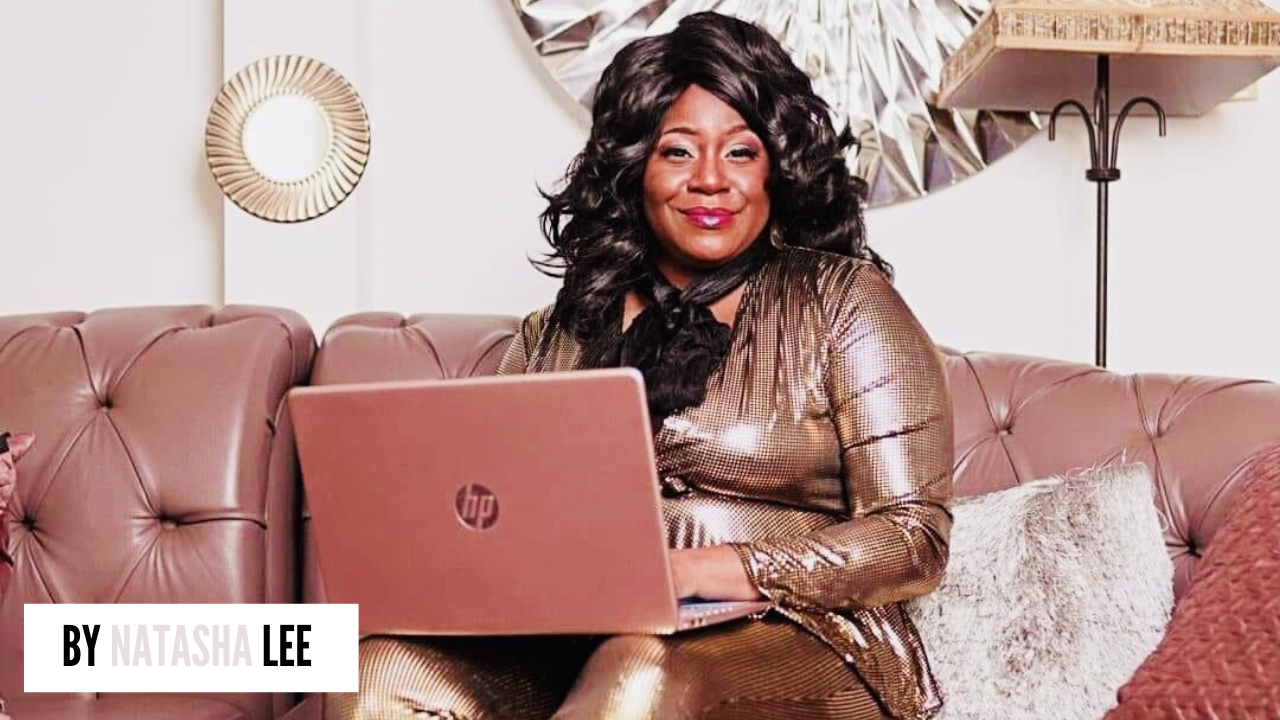 From an IG follow to a forever sisterhood, I am grateful, ladies and gentlemen, for this feature. Losing our mothers, grieving publicly, and sharing our unwavering strength in making sure our mother's legacy is lived, we began to exchange encouraging words. Our personality and sheer joy from cheering from others matched. After nearly three years, we are still uplifting each other, collaborating on projects, brainstorming, praying, laughing, crying, and spreading the stories of small businesses, influencers, changemakers, and celebrities globally. She's a sister to all, a champ for diversity and inclusion, and the GOAT of Media. Sit tight and enjoy this read without further ado as I introduce you to Tammy Reese.

Owner of Visionary Minds Public Relations and Media, Tammy Reese is a Multi-talented & Award-Winning Multimedia/Entertainment Professional. Almost 25 years ago, she got her start as a theatre actress for The Media Unit TV/Stage Production Company in Upstate, NY. Tammy joined the company at age 12 and began to travel and perform in over 60 live stage shows a year. She would also host and direct the company's live TV show called "Rough Times Live" out of the local public access cable station.

Tammy's experience with The Media Unit not only included acting, hosting, and directing, but she was also a choreographer, writer, and camera operator and served as Co-Chair on the Media Unit Board of Directors.

After eight years with the company, she eventually obtained her media studies degree from Empire State College while continuing theatre work such as for the Red House Theater when she was cast as an ensemble actress in The Color Purple and Dreamgirls musicals.

Fast forward years later, Tammy's passion for acting transcended to video production as she would write, act, direct, or co-produce videos on social awareness topics such as bullying, domestic violence, suicide prevention, and HIV awareness. Tammy is no stranger to spreading awareness of social issues through the arts. As a co-writer in the book anthology "She Wouldn't Let Me Fall", Tammy wrote a chapter called Mother and Daughter Conquer Depression Together. Tammy has been very vocal about mental health awareness and assisting the cause to end the stigma, especially on social media. Another way Tammy has expressed her passion for this serious conversation is by speaking to hundreds of people at Syracuse's City Hall Atrium on the Americans With Disabilities Act Celebration Day about her struggles and coping with mental health.

Visionary Minds Survivors TV Show was a powerful platform where Tammy shared all her truths on mental health, intending to help others.

As of late, Tammy has excelled in the digital media world as a multimedia personality, in-demand editorial writer, and celebrity interviewer. Some of the media outlets Tammy is involved with include BIZBoost Magazine (Publisher) and New York Women In Film and Television (Podcaster/Blogger). She is an editorial writer for Cultured Focus Magazine, Heart of Hollywood Magazine, We Empower Magazine, and more.

I asked Tammy some questions about her journey ad here's what she had to say.

What do you love most about your career?

I love that I can wear many hats and wear them whenever I want. For example, I am a professionally trained theatre actress, and I can hop back on stage anytime I choose to proceed with that lane again. The point I am at with my career right now, I am so into journalism. I overall love being a storyteller, which I can do through acting, directing, writing, and media. I never put myself into a box, and I have too many talents to limit myself. I enjoy that I can be free to create at my own pace.

What have been some of the most memorable moments in your career so far?

Wow! Just too much to name. My entire career has been memorable—the epic times and even when things didn't go as planned. Always blessings and lessons in this business. I have loved covering events such as New Jersey Horror Con and Film Festival because I am a huge horror fan and have interviewed some of the biggest horror icons of our lifetime also Interviewing the cast of Tyler Perry's "Bruh" and tons of the Starz Power Universe cast. Receiving the 2018 40 Under Forty Award and the 2019 WCNY/PBS Makers: Women Who Make America Award was also a real highlight. All the career success, accomplishments, and accolades are nice, adored, appreciated and never taken for granted. However, my biggest accomplishment was becoming a mother to the best son ever.

What have been some challenges?

Losing my mother has been the biggest challenge ever, and it's still challenging almost three years later. Also, deciding to shift focus once in a while or step back from specific projects or people can be challenging, but sometimes the hard decisions must be made.

What do you want to see from and for Black women in media?

I want Black women to keep being there for one another. Everyone doesn't have the same experiences, connections, or resources and is not at the same level in their careers. Even the most connected people need help sometimes. I would like to see more lending mentorship, opportunities, and sisterhood for Black women in media. Also, I want Black women in the media to know their worth. There is no one, and there is not one opportunity in the world that is worth your peace and mental health.

What are you currently working on, and what do you have coming up?

People can expect to see tons more celeb interviews and interviews from everyday people who are making a profound impact in the world in various ways. The world is now open, so I am slowly but surely easing my way back to in-person events to cover as press and enjoy as well. I will continue doing my thing as a veteran press community member with and for all the media outlets I am a part of. I am incredibly grateful to regularly work with some of the best entrepreneurs, creators, publicists, and media professionals in the game.

I miss acting and directing so very much, so don't be surprised if I drop some new videos/films out of the blue. One thing at a time though, lol.

Thanks for the opportunity to do this interview and your support Natasha Lee.

Natasha Lee is a visionary, entrepreneur and advocate for all things SHE led. She has built businesses, raised a family and worked alongside some of the most inspirational women globally.

Her #ThatGirl brand is all about strong female leadership, and she wears what she preaches! Have you seen the red lipstick cute T-shirts?! From an early age (She was an 8-year-old DIVA) to the present day, she worked toward her dreams. Natasha doesn't allow anything to hold her back. You can read all about her journey to becoming That Girl here and if you want to ask her any questions drop into The Community