Overcoming The Odds With Annabel Aaron 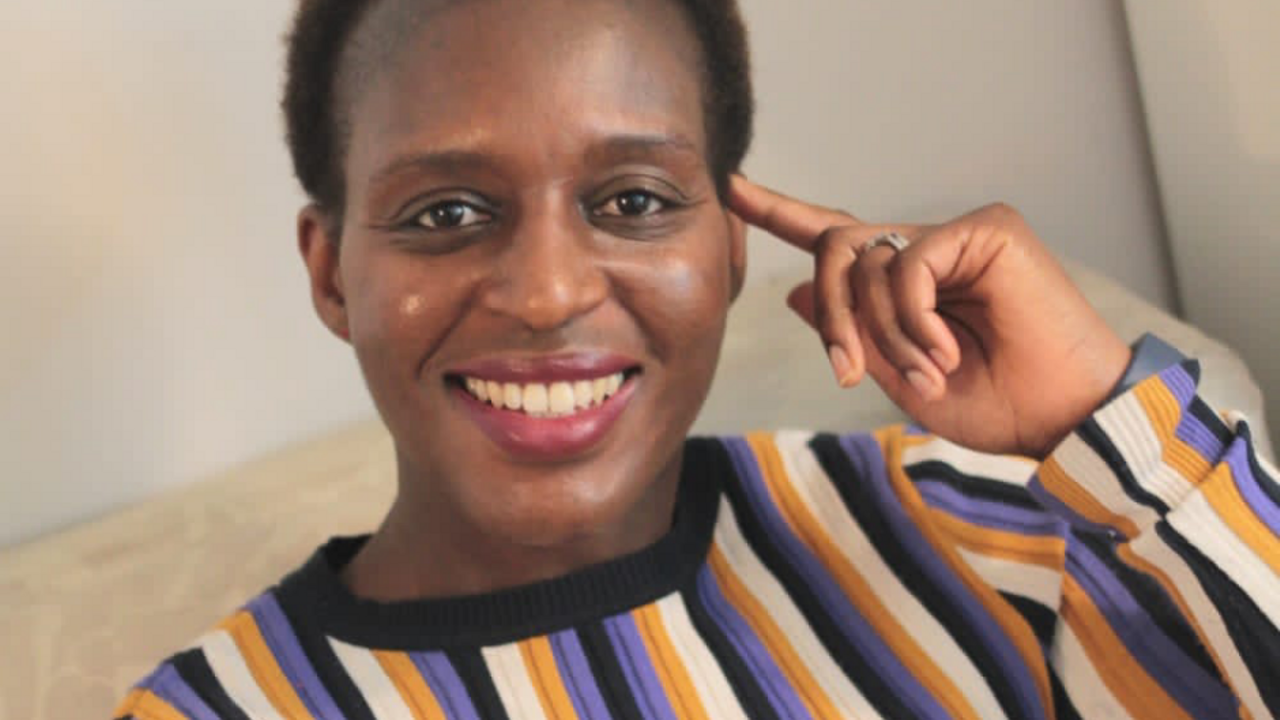 On April 1st 2010 Annabel's life changed forever, an April fool it was not. On that day, without warning, Annabel suffered a life-changing brain aneurysm. The story she tells about this period of her life is not her own; it is recounted and pieced back together by her husband, family and friends from the time. You see, she remembers almost nothing of the events of April 1st 2010. Even now, ten years later, the memories of the day that changed her life and that of those around her remain a missing jigsaw piece.

In the week leading up to April 1st, Annabel was working away from home; this was usual. She worked and travelled for most of the week, heading home to her husband at weekends; however, this particular week was leading up to the Easter holidays. She decided to return home a few days early and carry out her scheduled team meetings virtually. On the morning of April 1st, Annabel attended a planned conference call with her colleagues, her husband was out, and the last thing she remembers is making herself comfortable ready to participate in her meeting...

Annabel's husband returned home that day to find an ambulance crew and police attempting entry to their home, not knowing what was happening he rushed to her side and found her awake but not conscious. Later Annabel would find out that during her meeting and without warning, her speech had become increasingly slurred and incoherent, and her worried colleagues had called for the emergency services.

Without any apparent explanation or cause, the emergency crew dispatched to her aid battled to find a reason for her state of non-responsiveness. Every question was asked, was there a marital issue? Did she take drugs? She wasn't talking, appearing awake but not responding, was she afraid? With a complete lack of answers, she was taken by emergency ambulance to a nearby hospital, her husband only allowed to follow by car. Pacing the corridors of Accident and Emergency, her friends and family waited for answers. It was midnight when Annabel was taken for the brain scan that would then reveal a massive bleed to the brain.

From that moment on, everything went into action. Annabel was sedated, the longer she was conscious, the more pressure was building inside of her head, and the more deadly the situation became. It became apparent that the hospital wasn't equipt to deal with the magnitude of the injury, they had to find a hospital with space and an available neurologist, fast.

Transported by road to The Royal Free Hospital, London Annabel's family met with the Neurologist who would be operating to stop the bleed on her brain. He explained that having looked at her x-ray it was apparent that blood already covered a large portion of the brain and his last words before undertaking the procedure were, 'I've seen the scan, Annabel will die imminently'. Two long terrifying hours later he returned with the news that surgery had gone well, now they had to see how soon she would wake up, this was crucial to her survival. Her husband, a gospel singer, sat by her bed and sang to her. Her family prayed for her, and a short time later, she began to respond. The more he sang, the more she responded.

It took 43 days for the blood from Annabel's brain to be drained completely. She remained in hospital with no short term memory, unable to recount even seeing her family just five minutes before. If they left the room and came back, it was as if she was seeing them for the first time.

THE ROAD TO RECOVERY

Annabel underwent intensive therapy and brain training exercises in an attempt to improve memory function. Still, no matter how many hours she practised, her scores would come out at 3 out of 10. It was frustrating and demoralising. Her husband simply couldn't understand why she wasn't improving; it didn't make sense. It was then that he requested to take her home for a short bank holiday break, putting her back into familiar territory. With the agreement of the hospital specialists and a long list of instructions, Annabel returned home for the first time. She wasn't allowed to be left unattended; and had to be continuously monitored. On the way home, Annabel's husband deliberately missed the turn off for the road where they lived, would she notice? She did! The first encouraging sign on the road to recovery; this was all he needed to convince him that this could be done. These seemingly small tests continued for the remainder of the weekend, and by the time she returned to the hospital, she scored 7 out of 10!  Everyone was astounded!

The next step to recovery involved something called Gamma Knife surgery, a one-off, radiation-based treatment to deal with remaining malformed cells in her brain which involved having a frame attached (drilled) into her skull, ensuring absolute laser precision. Monitored regularly, it took five years for the absolute all-clear. All malformed cells had been obliterated.

WE CAN DO HARD THINGS

Ten years and two beautiful children later, Annabel is not surviving; she's thriving. She created her blog to share her experiences during the UK lockdown as an outlet, a reminder that she may be locked in her home, but she is not locked in her head, and neither are we. In the words of Glennon Doyle, 'we can do hard things'. Every day is an opportunity to take full personal responsibility, not to wait, but to seek new ways to fully experience life in all of its glory. You are not what happens to you in life; you are not defined by circumstance but, by the choices you make when it matters most.

In her own words, she was thrown into the deepest and wildest sea, and at that moment, even without realising it, she had to make a choice. She chose life, and she continues to remind herself of that choice daily.

FINDING BEAUTY IN THE WILDEST OF SEAS

I am in awe of Annabel, her matter-of-fact way of telling her story leaves you wondering if you're hearing her right or whether you just hallucinated this incredible journey, her infectious laughter and a smile that could light up a thousand rooms sits perfectly over steel-like determination to inspire, educate and advocate. When you've met Annabel Aaron your ready to face your battles head-on, even when you don't feel ready, or the water feels too deep, or too wild, or too scary. She is living proof that anything can be not only overcome but turned into something really rather beautiful.

If you would like to know more about Annabel and her story you can read all about it on her blog here . You can also keep up with her over on the Facebook or Instagram page.